Yael Borger was born in Tel-Aviv, Israel, in 1992.  She began piano lessons at the age of three and has continued her love for music ever since. She studied at Arison School of Art, theatre department and then continued on to Thelma Yellin High School of Art in the Jazz music department.

Yael is a singer, song-writer and producer, who has already performed at major music festivals alongside her brother, popular DJ and music producer, Borgore. Festivals include but are not limited to Tomorrowland, Ultra, SXSW and EDC Las Vegas.

Yael launched her debut album - "Yael" (which were completely wrote and composed by her) in May 5th. the album hit the #10 at top albums chart on iTunes Israel and #4 on top pop albums charts less then 24 hours after it was launched

her album is Characterized with smart and sophisticated lyrics, and production that is influenced by Jazz, Funk Indie and reggae with a touch of electronic sounds.

Yael's 3 singles from the album (Killing Us, Diet and The Rage) has over 200K plays on soundcloud and are constantly played over the Israeli radio station and MTV Israel.

the Israeli TV network - "Mako"put Yael on the list of "top young alternative musicians for 2015" and TimeOut Israel crowned her as "the hottest thing in music for summer 2015”. ‘At’ magazine choose her as “one of 10 best young female musicians in Israel”  the international EDM magazine DJmag chose her brother and her as top 6 EDM families and in many other music magazines and news papers Yael is referred to as "the queen of Israeli pop"

Yael also worked on an interesting new collaboration, with the Israli mega star and X-factor Israel mentor Ivri Lider. this days Yael works on her second album that is fully written composed and produces by her. the first single from this album came out in the end of January 2016 and already passed 50K plays. 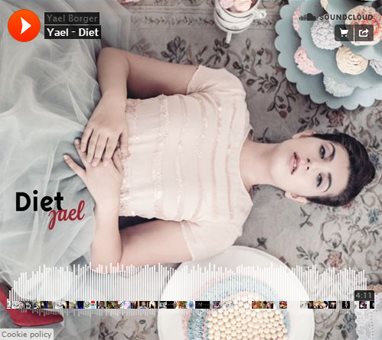